When we look at HIV infection and AIDS diagnoses by race and ethnicity, Blacks have more illness (Blacks represent only 12% of the U.S. population, yet account for 45% of new HIV infections and 46% of people living with HIV disease in 2006); and more deaths (Blacks accounted for 57% of deaths due to HIV in 2007 and the survival time after an AIDS diagnosis is lower on average than it is for most other racial/ethnic groups).  In 2009, Blacks accounted for 44% of all new HIV infections. 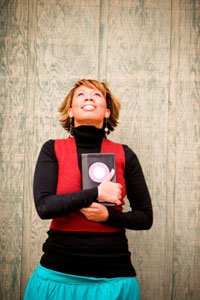 The AIDS diagnosis rate per 100,000 among Black adults/adolescents was 9 times that of whites in 2008.  The AIDS diagnosis rate for Black men (85.5) was the highest of any group, followed by Black women (39.9).  By comparison, the rate among white men was 10.  The rate of new infections is also highest among Blacks and was 7 times greater than the rate among whites in 2006.

Among the U.S. population overall, Blacks are more likely than whites to report having been tested for HIV in the last 12 months (40% compared to 14%).  Among those who are HIV positive, CDC data indicate that 33% of Blacks were tested for HIV late in their illness—that is, diagnosed with AIDS within one year of testing positive for HIV (in those states/areas with HIV name reporting); by comparison, 30% of whites and 36% of Latinos were tested late.

The number of new HIV infections per year among Blacks is down from its peak in the late 1980s, but has exceeded the number of infections among whites since that time; new infections have remained stable in recent years. 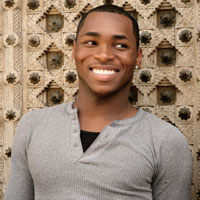 At some point in their lifetimes, 1 in 16 Black men will be diagnosed with HIV infection, as will 1 in 32Black women.

Of all Black men living with HIV/AIDS, the primary transmission category was sexual contact with other men, followed by injection drug use and high risk heterosexual contact. 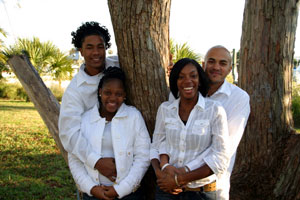 Of all Black women living with HIV/AIDS, the primary transmission category was high risk heterosexual contact, followed by injection drug use.

There are approximately 1.1 million people living with HIV/AIDS in the U.S, including more than 500,000 who are Black.

If you didn’t know, now you do!

National Black HIV/AIDS Awareness Day: Get Educated!  Get Tested!  Get Involved!  Get Treated!