On May 30, service providers focusing on “family preservation” organized a community meeting in South Los Angeles to express concerns over the Department of Children and Family Services’ (DCFS) elimination of programs that had been aimed at keeping children at risk for maltreatment with their families and out of foster care. 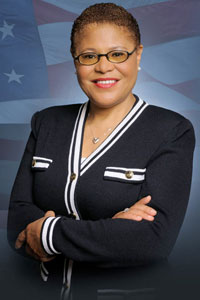 The coalition, angered by recent cuts of $14 million in cuts to family preservation services set to take effect in July, addressed three primary issues with the DCFS’ policies in SPA 6: detention strategies, dismantling the safety net, and the dismantling of partnerships that had been developed during a county-wide effort to bring down the numbers of children entering foster care.

“At our last snap shot, which was through April, we had 27,188 children under our courts’ jurisdiction,” stated Judge Nash, while reading from a report for the county’s judges. “Are there any services that will allow the child to safely remain in the home? We must force DCFS to answer this question in each and every case.”

In 2006, the county was granted a Title IV-E waiver as part of a program administered by the Federal Administration for Children Youth and Families. The waivers, in effect in more than 30 states nation wide, allow state and county child welfare administration like Los Angeles to spend federal foster care dollars on a wider array of services aimed at both reducing the number of out-of-home placements made by the county, and increasing the speed of its reunification and adoption processes. 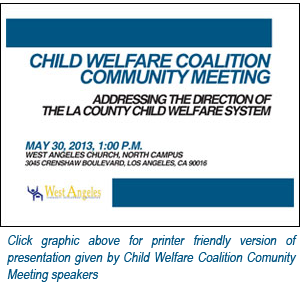 The county’s removal rate has decreased dramatically during the waiver period, and its reunification rate has increased, but some child advocates are concerned by the increased number of children who re-enter foster care after reunification.

“It’s very easy to envision a scenario where an agency preoccupied with reducing out-of-home care begins to rush kids back home to their families in order to decrease its out-of-home care use,” policy consultant Sean Hughes wrote in a column for The Chronicle of Social Change. “This may very well have been the situation under the waiver at DCFS.”

Over the last year the DCFS has eliminated the Point of Engagement (POE) program, a key component of the SPA 6 region’s efforts under the waiver. POE engaged families with an action plan when they first came to the attention of the child welfare system.

Its multidisciplinary approach enlisted support from community-based organizations (CBOs) and private partners, in order to provide wrap-around services for families and reduce the number of children entering foster care.

SPA 6 reported that POE helped to reduce the number of children in out-of-home care by 50 percent, and it saved the County $100 million.

According to Shields CEO Kathy Icenhower, the recent cuts and elimination of POE means SPA 6 families will no longer receive “wrap around services, and we are seeing more and more cuts that destroy the very fabric of our community.”

DCFS Director Philip L. Browning was contacted but was unavailable for comment.

The $14 million cut to the family preservation fund for high-risk DCFS families also concerns the SPA 6 coalition, because reduced funding for family prevention strategies means the number of child detentions in South L.A. might escalate.

Indeed, as Nash pointed out, it already has. 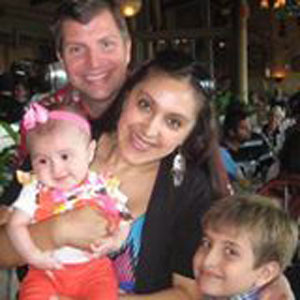 David Green, president of the local 721 Service Employees International Union (SEIU), discussed ways to best serve the children of South L.A., he observed the “detain first, ask questions later mentality” was the not the best way to move forward.

Proponents of family preservation policies argue that reuniting families is a much more suitable priority than foster care, considering the poor life outcomes experienced by many foster children.

“Children in foster care have a higher prevalence of physical, psychological, cognitive, and what they call epigenetic disorders,” Grills said.  The county is “systematically shredding the safety net of future generations,” by reducing funding for programs that are trying to help families stay together safely.

Kelly Vassar is a graduate student at USC’s Sol Price School of Public Policy. She was a participant in the spring 2013 Media for Social Change Course offered at Price.